On Sunday, June 2nd, a new E! series came across my Tivo called The Wanted Life. The reality show chronicles the personal and professional lives of the English/Irish breakout band, The Wanted. I have always been a big fan of a good boy band (N’SYNC, Backstreet Boys, NKOTB, Jo Bros… the list can go on and on). However, now that I am a little older and wiser (maybe), I thought I was past the age of screaming, fainting, and fangirling freak outs…guess again! Last Sunday I fell in love with these cheeky ball-busters, and I look forward to seeing their success in America grow. Bloody hell — watch it already! (Okay, I think those are the only two English references I can remember.)

So who are these ‘Wanted’ guys? If you have been living under a rock or are over the age of 23, you might need an introduction. The band consists of five members: Max George, Nathan Sykes, Siva Kaneswaran, Jay McGuiness, and Tom Parker. All in their twenties (even Nathan turned 20 this year), their music has an older appeal that other boy band are clearly lacking (cough ONEDIRECTION cough). These five English and Irish lads came together through a UK recording company called Island Records in 2010 (Lou Pearlman, anyone?). And, although The Wanted has been a band for three years, their recent success in the United States came about in 2012 when their hit single “Glad You Came” sold 3 million copies. Finally, Ryan Seacrest saw potential for television success (and dollar signs) in the band’s crazy antics and worldwide appeal. They started filming The Wanted Life in early 2013. 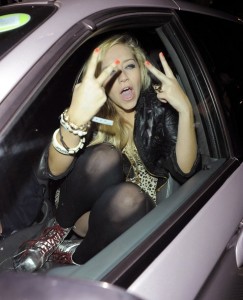 In the first episode, the boys arrive in America (aka L.A.) and move into their mega mansion paid for by their record label (or more likely E!). Their reaction when seeing the place is priceless. They are in complete awe, which you can see all over Max’s face during a phone call to his Mum (How sweet!). Let’s get this straight. This isn’t your typical Disney-fied boy band, where every member wears a purity ring and promises never to drink or do drugs. Nope, not these guys. They can party…and party hard. (Except poor little Baby Nath, who is too young to drink in the States). The biggest partier of them all? Most would say Tom, but I’m going with his girlfriend Kelsey, also known as “the fun-time girlfriend” (her words, not mine). She is living the rock star girlfriend lifestyle and loving every second of it, but who can really blame her? One day I hope to take one of those shots she freely hands out.

Let’s give Nareesha a Break — 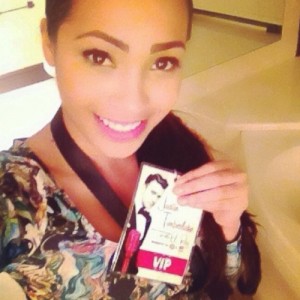 Is Nareesha the new Yoko? I don’t think so, just because The Wanted happen to be a British pop band, lets not jump to conclusions, internet world! In the second episode, Siva tries to balance having a normal relationship with his girlfriend of five years, Nareesha, and spending quality time with the band. I feel for Nareesha. I know what it is like firsthand to live with five guys, one being your significant other. And even though you love everyone like brothers, the whole situation can be very overwhelming. I’m pretty positive most of it is editing to juxtapose the two girlfriends: the fun one and the responsible one — but it’s not fair to Nareesha that she has to take on that role. It is obvious she is down with The Wanted or she wouldn’t drop her whole life and career to move halfway across the world. So let’s all lay off her a little bit.

Will Baby Nath ever sing again? —

Poor Nathan. He moves to a new country where he can’t get pissed with the boys or do other over 21 activities, so lets take his music away from him too! On one episode, Nathan, who is undoubtedly the best singer of the group, visits the doctor after his voice bothers him during a recording session. The doctor informs him (and us too, of course) that he has a hemorrhaging nodule on his vocal chord. In layman terms, he may never sing again. The doctor tells him not to speak for two weeks to decrease the swelling, but if it doesn’t work then he will need surgery. SPOILER ALERT! Nathan did end up having surgery for his nodules at the end of April, and only a couple days ago he surprised his fans on stage at Wembley Stadium after a long hiatus from the group. Welcome back Nathan!

You can watch The Wanted Life on E! Sunday nights after Keeping up with the Kardashians.