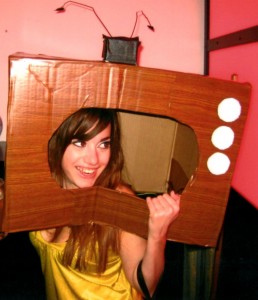 AMANDA is a writer, editor and supernatural teen drama enthusiast who has been on the vampire bandwagon since before it was cool.  She has an M.A. in English, but first spent her undergraduate years majoring in literature and minoring in women’s studies.  She is fascinated by the representation of women in all types of media, but has always been most interested in television studies.

As a kid, Amanda wanted to be the Yellow Ranger when she grew up, but her fear of heights and lack of driving ability would have made operating the sabre tooth tiger dinozord difficult.  Her formative years were full of kick-ass role models like Dana Scully, La Femme Nikita and Buffy the Vampire Slayer — who was two years ahead of her in high school, but had they met, she feels confident they would have hit it off.

When she is not watching TV, she is also the managing editor of LiteraryTraveler.com. Follow her on Twitter @mandafesta. 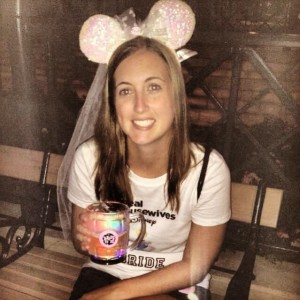 KYLE recently received her M.A. in English, and is currently working as an archivist for a privately owned automotive archive.  Since the car community is known as a “boys club”, she finds her inspiration through powerful female characters in books, television, and pop culture. She is a certified Real Housewives superfan—she even made it on Bravo’s WWHL.

Her love of the teenage drama series started in sixth grade with Dawson’s Creek. Joey was the sarcastic teenage female voice surrounded by boys that resonated with Kyle at the time.  As she grew older, her favorite characters changed from Brooke Davis to Casey Cartwright to (now) Caroline Forbes, but the opinionated, truthful female character always grabs her attention. 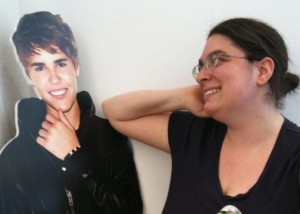 CARA is a TV nerd, but has never watched Arrested Development, Breaking Bad or Dexter.  She has an MS in Economic Policy and spent her college years researching pay equity for women in state government.  Now she works in state government, scrutinizing every paycheck she receives.

Growing up, Cara wanted to be the Pink Ranger, primarily due to the awesomeness of Amy Jo Johnson (oh wow, what happened to her?).  She was an early fan of (the original television remake of) La Femme Nikita, but can’t remember any of the episodes after season 3.  Her all-time favorite TV character is Veronica Mars, who is the epitome of a kick-ass role model.  Unfortunately, the show was cancelled prematurely due to low ratings. She lives on in our hearts, minds and reruns.

girlpocalypse came about when Amanda couldn’t find a financially profitable way to use her master’s degree and instead spent far too many hours on her Netflix account watching old television shows and recapping them for the shadow puppets she made on her walls. When they started disagreeing with her analysis of an old Buffy episode she realized it was time to start sharing her opinions with real people.

Amanda and Kyle were graduate school roommates who bonded over television while loading up their apartment DVR. Kyle’s fiancé quickly learned to deal with it.  Their reality show, “Two English Majors Talking About Stuff” airs weekly in their own minds — and their conversations about Hemingway and Fitzgerald often blend seamlessly into references of teen dramas and Bravo reality shows. Their connection was complete when Amanda’s Roswell DVD collection was met with Kyle pulling out a replica Crashdown uniform from her closet.  The only kryptonite to their friendship is Dawson’s Creek — Luckily they had already signed their lease when Pacey Witter fangirl Kyle learned of Amanda’s ‘Team Dawson’ allegiance.

Cara and Amanda have been talking television since their Sesame Street days, but it wasn’t until the 8th grade, when they both came to school excited about the series premiere of a little show called Buffy the Vampire Slayer and spent history class recapping and writing “I heart Xander” on their notebooks.  Although without the internet at their immediate disposal, they spelled it “Zander” for some time.  After Buffy came a questionable level of obsession with the show La Femme Nikita – which found them active in the pre-Twitter online fandom of message boards, mailing lists, and a couple parental permissions shy of boarding a bus to Canada for the convention.