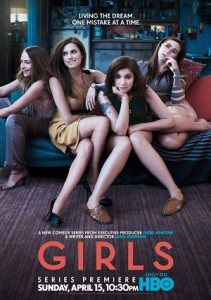 HBO’s award-winning comedy, Girls,  has everything I look for in a television show.  It is smartly written, raucously witty and excruciatingly relatable.  It is a startlingly refreshing comedy in both its dry humor and acerbic social commentary. Yet, because its premise involves four single gals living in New York City, it has quickly drawn comparisons to HBO’s other female-centric comedy, Sex and the City.   END_OF_DOCUMENT_TOKEN_TO_BE_REPLACED