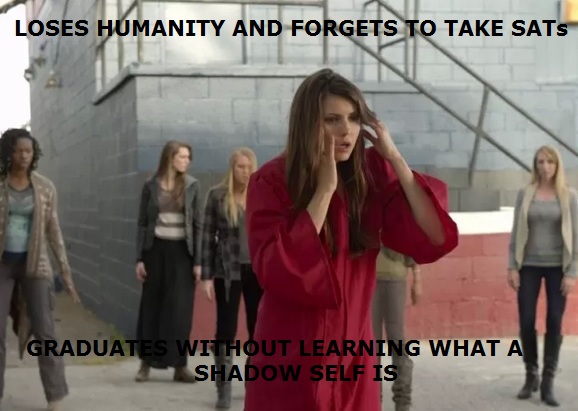 1. Damon got the girl, and Stefan has the worst day ever. In the fourth season finale of The Vampire Diaries, Elena finally makes a choice, and she chooses Damon (Stelena fans to the left, please). What a difference a year makes! In last year’s season finale, Elena picked Stefan, Rebekah tried to kill Matt, and everyone rejoiced at the thought of Klaus’ death. Flash forward one whole year: Elena tells Damon she is in love with him, Rebekah and Matt decide to travel the world together, and Klaus gets his proper goodbye with Caroline (Don’t worry Klaus, we intend for you to be Caroline’s last love as well.) However, TVD fans should never expect a happy ending, right? It is Mystic Falls, after all. How will the town function without Bonnie Bennett, resident witch? Bonnie ends up dying trying to bring Jeremy back from the other side. Now, I know we all wanted Jeremy to come back, but at the expense of Bonnie? How will nicely-toned arms be enough to save all our favorite characters lives? I mean, who are we kidding, it’s a good start… Finally, if overhearing Elena and Damon’s declarations of love wasn’t enough vervain in the wound, at the end of the episode, Silas takes the form of Stefan, claims to be his doppelgänger, locks him in a safe, and throws him in the Falls. Proving once again that this is not a good year for Stefan.

Quite a few questions left hanging. Is Bonnie really dead? How will Katherine adjust to humanity? Will anyone ever find Stefan? But mostly we just want to know if Caroline Forbes is getting that mini-fridge.

Line of the Night: [Alaric to Damon, in full bromantic form] “You got the girl, man.”

2. Mindy Kaling and Anders Holm, comedic supercouple or **** block? We love Workaholics and when we heard Ders was guest starring on The Mindy Project, we were psyched.  But, guys, what about Danny? Mindy and Danny are that couple that you see coming from the first episode, but when it happens, you think you picked up on something that nobody else saw. Called it!  Ever since “Danny Castellano is my Gynocologist” where Danny and Mindy played a hilarious game of chicken with her lady parts, we have loved their dynamic. He is a cynical, old-school curmudgeon with a no-filter deadpan.  She is a ribald take on the single city gal, whose self-deprecating unapologetic wit is something to be envied, whereas on Carrie Bradshaw it bordered on sad.  Mindy Kaling is hands down one of the funniest voices on television, and while we love Ders, he needs to get back to work and leave our favorite doctors be.

Line of the Night: [Mindy, on going to Haiti with Casey] “It’s a fun adventure for me as a mature adult to go to an AIDS-ravaged country with my boyfriend of three months.”

3. Goodbye Dunder-Mifflin, it’s been a fun run (for the cure!).  After nine (somewhat) hilarious seasons, The Office has finally come to an end. Although some of us stopped watching the show after Steve Carell left, the finale still left us with that cheesy nostalgic feeling you get when a good cast of characters finally says goodbye. The episode revolves around Dwight and Angela’s wedding and the casts’ final interviews including their reactions to the documentary. Two highlights from the episode: First, Michael Scott makes his grand return to be Dwight’s best man. As fans, could we ask for anything more satisfying? (That’s what she said). Second, Pam admits that she didn’t watch the entire documentary because she couldn’t stand watching herself the first few seasons. (We hear you, Pam.)  In Pam’s greatest romantic gesture ever (believe us, Jim’s made enough for a couple husbands), she decides to leave Scranton and move to Austin for Jim’s new company. Honorable mention to guest stars Mindy Kaling and BJ Novak for reprising their classic roles as Kelly and Ryan.

Line of the Night: [Michael, perfectly capturing the moment] “I feel like all my kids grew up and then they married each other. It’s every parent’s dream.”

And every fans’ as well. Mazel!

4.  Let’s here it for the boys of New Girl.  While we may be girlpocalypse, we are an equal-opportunity bunch. We love everything about Zooey Deschanel: doe eyes, vintage wardrobe, sense of humor, the ability to make bangs look effortless. While she is a force in her own right, the ensemble cast of New Girl nails it everytime.  They could not have cast three better actors to play Jess’ roomies.  While we love them all, this season goes to Schmidt.  Max Greenfield is perfect, and this last episode is just another shining example why Schmidt and CeCe are the new Nick and Jess.  Schmidt consistently has the best one liners and in the finale, as he unleashes a plan to sabotage CeCe’s wedding “as a friend,” we got a perfect combo of humor and emotional depth.  Bonus points for a cameo by T. Swift and a breakout performance by a badger.

Line of the Night: [Jess, after a badger is unleashed on the wedding guests] “I don’t think the badger is actually rabid, I just think he’s a dick.”

5. 9021 Oh, thank goodness this train wreck is over.  As fans of the 90s original, we really wanted to like the reboot.  Unfortunately, it turned into a soapy, predictable nightmare and how it made it five seasons, we will never know.  What is happening to the teen drama genre when the shows with supernatural creatures present the most realistic portrayal of high school?  Silver, we know you have a pretty shitty lot in life, but if we wanted to watch someone throw a pity party we’d catch your half-sister in repeats.  Do kids on TV even go to college anymore?  I understand that the college years of TV shows don’t test well with that Nielson fellow, but pull a One Tree Hill and skip four years, don’t make the entire cast self-entitled rich kids who end up with party planning businesses and music careers based on their good looks and inherited wealth.

Line of the Night: … [crickets]