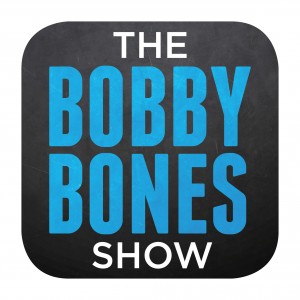 I first heard The Bobby Bones Show on my morning drive to work at a new job, and in a new state. My initial reaction was “talk radioooooo” (in my best whiny Sal voice), but decided to stay put: half because I didn’t know any other stations, and half because the theme song for their “What Year Was It” segment was so darn catchy. I’m so glad I did, because even though they will never know it, they were my first three friends in Southwest Florida. ( I know…how pathetic).

During my time listening, The Bobby Bones Show received a major promotion to a nationally broadcast country music station located in Nashville, TN. However, the show and the crew have a long history attached to Austin, Texas, where the show aired for the last ten years. It’s been great hearing the transition and seeing the similarities between our moves. Although I miss certain segments (aka the “winning” songs), it is still the same group of friends, just with some better music.

Let me introduce you to the crew. First, there is Bobby Bones, the awkward, germaphobic-yet-lovable host of the early morning show. He grew up in a low-income family, and tries to stay true to his roots, although his good friend is supermodel Brooklyn Decker. Next, there is Lunchbox (aka LB), yes that is his name and, no, I still can’t find his real name anywhere. This loud mouth, Teen Mom superfan will do just about any skit that Bobby thinks is funny… and it always is. Also he has the best laugh I’ve ever heard on radio or television. Finally there is Amy. She represents the female voice on the show, and is never afraid to state her opinion. Between Bobby and Lunch, I don’t know how she gets a word in, however she does, and a lot of them. She is famous for her “90 Second Skinny” and “Amy Tells A Joke,” but her regular day-to-day stories are pretty interesting too. Amy relates to her audience through her accomplishments and mishaps. She even tells the listeners her most personal details about having children and her plans for adoption.

Recently, The Bobby Bones Show started receiving many negatives comments on Twitter and Facebook. This isn’t unlikely when transitioning from a top forty show to country music. Your fans at home miss the old show, while your new demographic doesn’t like this new change. After today, I feel that this all needs to stop. On the show this morning, Amy opened up about her mom being diagnosed with cancer for the second time. It was such an honest, pure moment on radio that I felt I was listening in to a friend’s conversation. Amy mentioned on the show that her mother loves to hear the encouragement on the show’s Facebook page. So please stop bashing Bobby for how he dresses and show your support for Amy, her mom and family by leaving a comment on The Bobby Bones Show Facebook page.

(We love you Amy, and you and your family are in our thoughts and prayers. –the girls at girlpocalpyse.com)

2 thoughts on “Live from Nashville, Tennessee: This is The NEW Bobby Bones Show…”